An Online Meeting with the Press

You are invited to meet various groups from India and Korea who are fighting for accountability for the Visakhapatnam gas leak (Vizag gas leak), that occurred last 07 May 2020 in Visakhapatnam, Andhra Pradesh, India.

o What were you doing when the gas leak occurred?

o What did you feel?

o What did you do when you smelled the gas?

o How are you feeling now?

a. How many are in hospital?

b. What are the acute and long-term effects of the gas leak

a. what are the legal remedies the victims can do?

- What are the demands of civil society?

a. Cite Hunwa case, the need for bio-monitoring 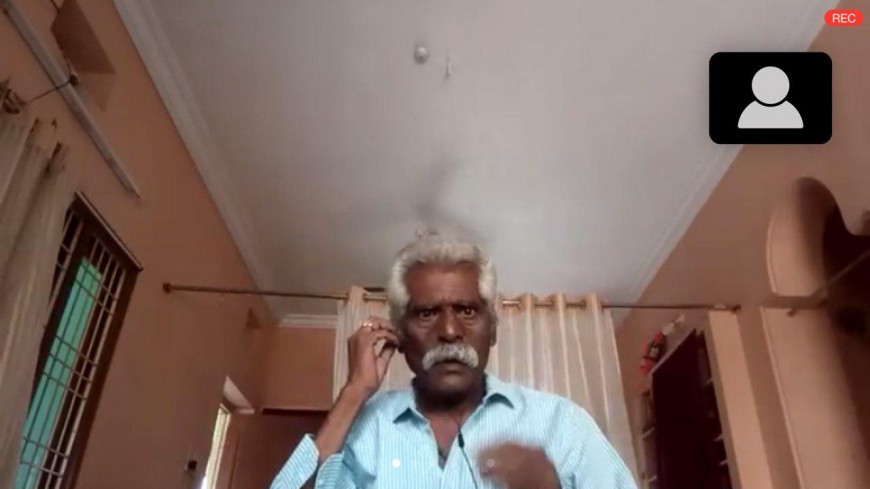 " I live a 3.5km away from LG Polymer Factory. By 1:15 am the industry people noticed the leakage. By 2am they officially declared the emergency. There was no alarm sign whatsoever. By 4am they started evacuation. People were asleep. Kids were out chatting using phones, playing video games. When they noticed the gas, they run. Even police healthy people fell to the ground. People rush to hospital. By bikes, any transport they rush to safe places.

Temperature according to LG was 150 degrees, supposed to be only 20 degrees. Up to 5 kilometers the gas went, people experience burning sensation of eyes, fell sick. Affected severely people were 1-3kms. Most people evacuated, those near the plant. There was another leakage the day after around 8pm, depending on the wind direction. The gas leak has not been controlled, thats why there was another evacuation. Police evacuated people, some harshly. 3.5 lak people were on the streeets. Because of COVID19, people were told not to go out of the province.

Throughout the night people were awake. There were rumors of explosion of plant. People are worried and dont know what will happen next." 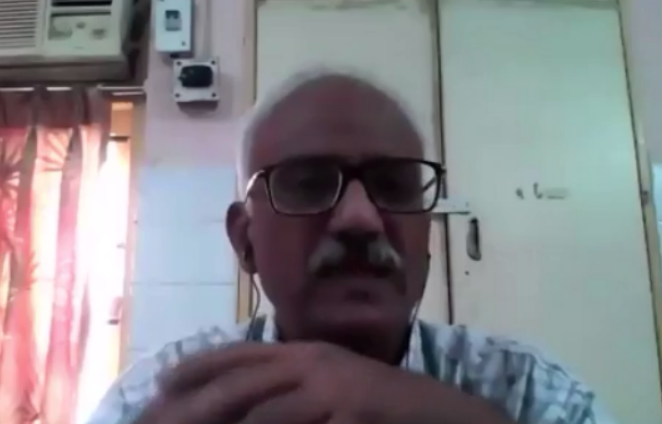 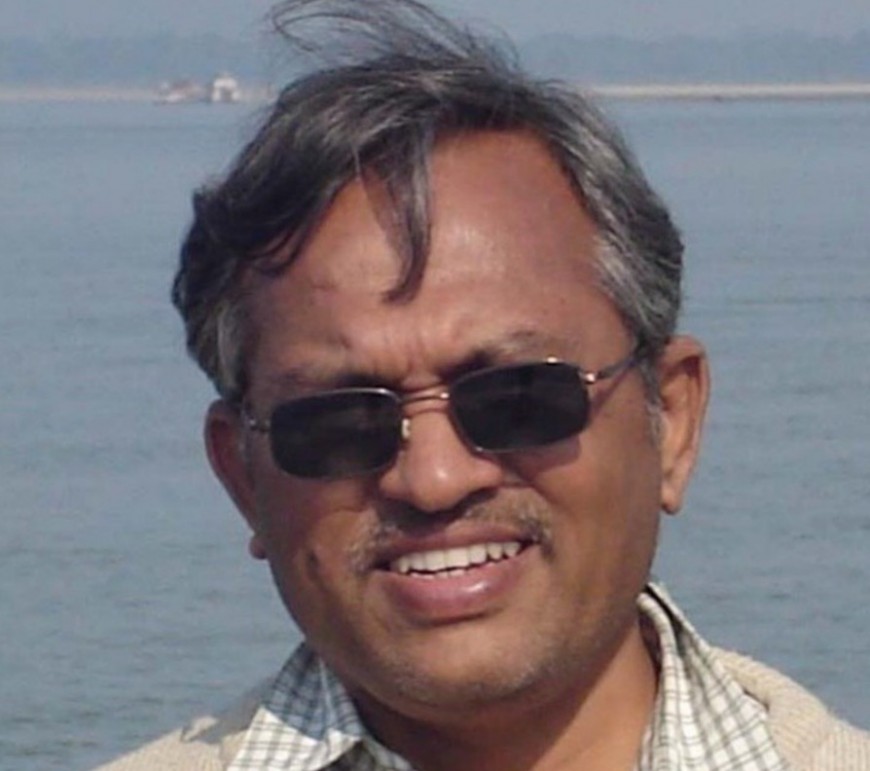 (Vizag, India): Community members affected by the poisonous Vizag gas leak and public interest advocates from India and South Korea called on LG Chemicals, the South Korean parent company of LG Polymers, to take full responsibility for the poisonous styrene gas leak early in the morning on 7 May that killed 12 and sickened hundreds of community members. The tragedy occurred in Vizag, Visakhapatnam in the southern Indian state of Andhra Pradesh. LG Polymers has been operating illegally and a government forensic laboratory has concluded that the styrene leak occurred due to company error. On 8 May, the National Green Tribunal directed LG Polymers to deposit an interim fine of ₹50 crore (~US$6.6 million) and formed a committee to investigate the tragedy.

Community members, local doctors, and Indian occupational and environmental safety activists affiliated with the ANROEV network discussed the challenges faced by the community after the gas leak. They described how the people from communities surrounding the LG Polymer plant are experiencing a combination of fear and anger, and demanding support for all those affected by the poisonous gas leak.

They also noted concerns about repeating injustices that occurred after the 1984 Bhopal gas tragedy in 1984 when thousands were killed and more than 500,000 people were exposed to poisonous methyl isocyanate (MIC) gas, but Union Carbide and Dow Chemical were never fully held accountable. The UN Special Rapporteur for Toxics, Baskut Tuncak, noted the parallels between the Vizag LG tragedy and the Bhopal disaster and urged Indian and South Korea authorities and implicated businesses, “to avoid the same mistakes and abuse of judicial procedures that have denied justice to the victims of the Bhopal disaster, who are still suffering to this day.”

• Immediately provide relief and support to victim families and those injured

• Long-term health support for all the victims and exposed population

• Thorough and impartial investigation on the reason for the gas leak

• Due diligence before re-opening workplaces under COVID-19 lockdowns

LG Chemicals has a history of environmental and health and safety violations in South Korea:

2013: LG Chemical executives sent to prison over the 2012 explosion at their Cheongju OLED manufacturing plant. The judge noted that the company pursued profits over safety.

2013: In a government review of occupational accidents, LG Chemical’s Cheongju Plant was noted as a workplace with many deaths, including a 2012 explosion that killed eight workers.

LG Polymers uses styrene to make polystyrene plastic components for LG appliances sold in India. Styrene is a probable human carcinogen, crosses the placenta and has a variety of harmful effects. Styrene is explosive and must be stored at low temperatures. However, LG failed to maintain the storage temperature below 20C during a COVID-19 lockdown period, leading to the harmful release. 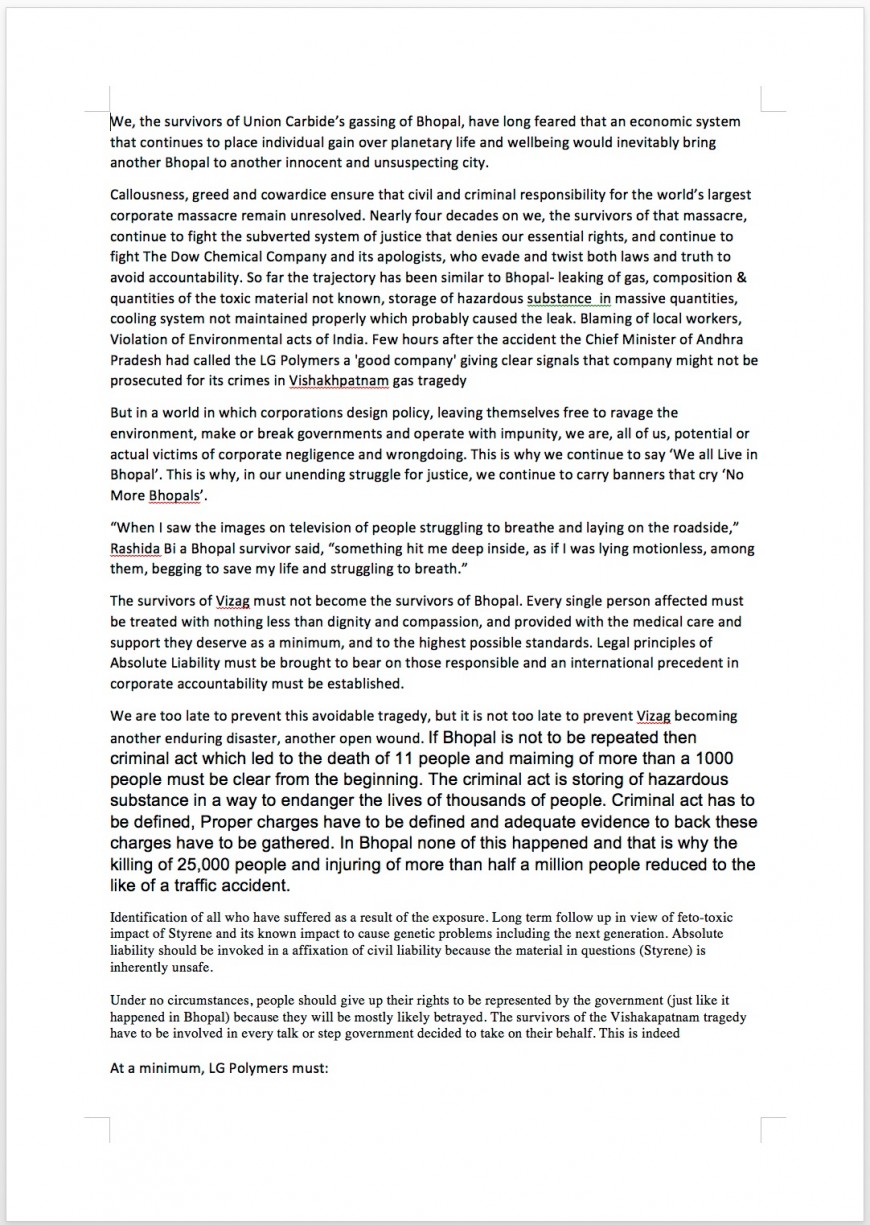 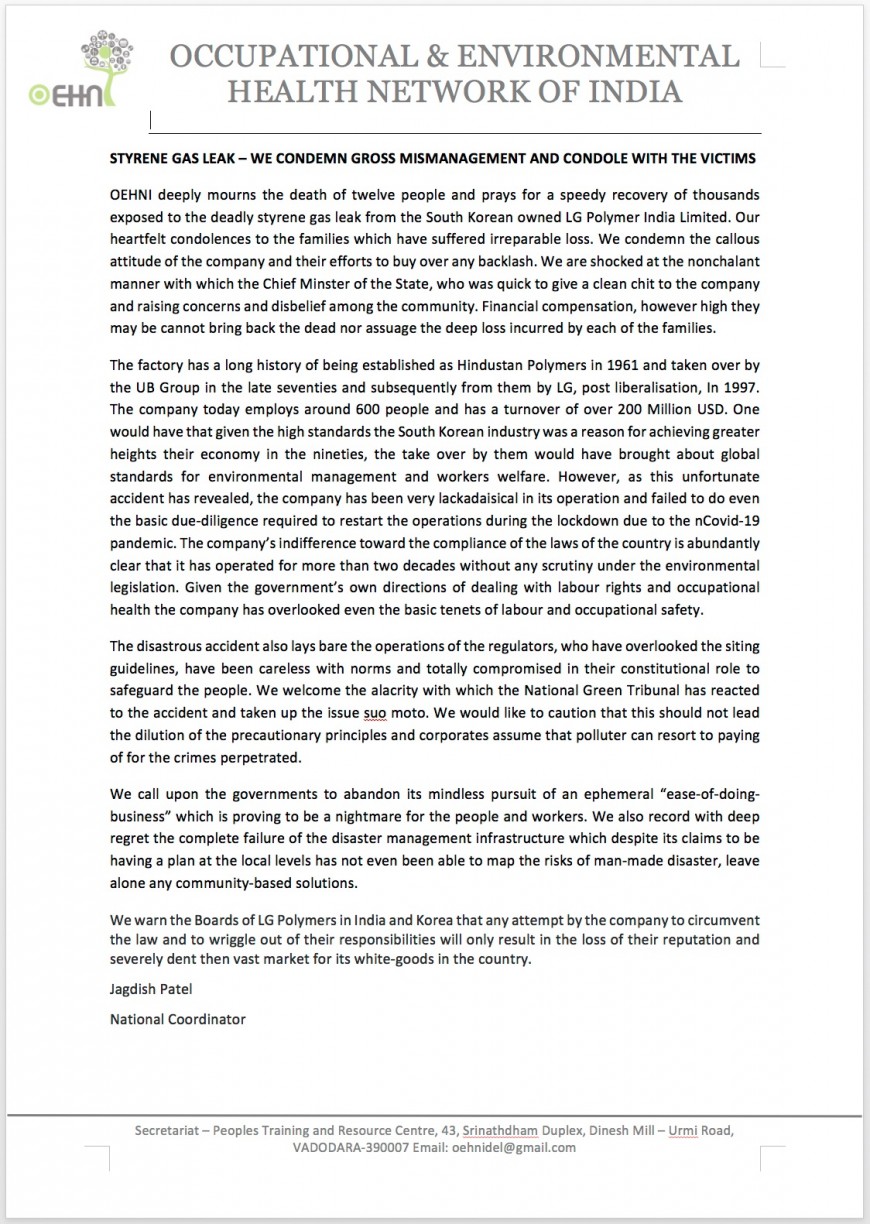